More than two years after its release in February 2014, Rambo: The Video Game is still getting new DLC. UK publisher Reef Entertainment has announced that free DLC is coming to the PlayStation 3 and PC versions of the shooter tomorrow, April 19, in the form of an add-on called "Baker Team."

Baker Team includes three on-rails shooting missions that take place during Rambo's time in the Vietnam War. "Rambo leads the Baker Team and joins Barry, Messner, and Danforth on a covert mission deep into territory with high Viet Cong activity," reads a line from the description.

The content also comes with new weapons, an ultra-challenging difficulty setting, and more perks, among other things. For more, check out the bullet points below, written by Reef.

3 NEW MISSIONS - Rambo leads Baker Team on a covert mission deep into Viet Cong territory.
UPGRADE YOUR RAMBO TO LEVEL 25 - Unlock all skill points and create the ultimate Rambo.
NEW DIFFICULTY SETTING: JOHN RAMBO - If Green Beret wasn't challenging enough, put your skills to the ultimate test in John Rambo mode. Your reward will be a score multiplier of x 1.5.
NEW WEAPONS - Five new weapons to get your Rambo hands on. Including the CAR15, MP44, SPAS12, XM79, and PPSH41. Weapons are unlocked via five new "Trautman Challenges."
NEW PERKS - Five new perks to experiment with! Use them to help get you through the toughest levels or create new builds to boost your scores and aim for those 3-star mission rankings.
8 NEW TROPHIES & ACHIEVEMENTS
Baker Team has not been announced for the Xbox 360 version of Rambo: The Video Game.

GameSpot's review of Rambo: The Video Game scored it a 6/10. 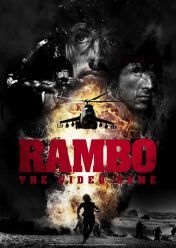