A new trailer for the upcoming Mummy movie starring Tom Cruise has arrived.

The new trailer shows off some incredible action sequences and dives into the story that involves an ancient princess (Sofia Boutella) awakening and wreaking havoc on the world. We also see more of Oscar winner Russell Crowe's character, Dr. Jekyll; take a look:

The Mummy is set for a June 9 release, and is directed by Alex Kurtzman, who co-wrote the first two Star Trek movies in the current reboot series. It also stars Jake Johnson (Jurassic World), Annabelle Wallis (King Arthur), and Courtney B. Vance (American Crime Story: The People V. O.J. Simpson).

The Mummy will be the first of Universal's classic monster movie franchise. While it is the only film so far in this connected universe to be officially announced, we know that a Van Helsing movie is in development, and Crowe is expected to return for a standalone Jekyll and Hyde film.

The Mummy: Tomb of the Dragon Emperor 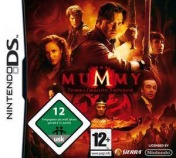