A very short teaser has been released for the live-action adaptation of hit manga and anime series Bleach. The video shows actor Sota Fukushi as protagonist Kurosaki Ichigo and, although it's quite dark, we get to see some of his trademark features.

Most notable among these is his orange hair, which doesn't seem to be as luminescent as it is in the anime, and instead is a little more of a muted tone. Also on display is the giant sword he wields early on in the series.

It looks like the teaser is taken from a scene where Ichigo has just finished defeating a Hollow, as a large claw can be seen falling to the ground, seemingly severed from the rest of the monster. Check out the trailer above.

It's unclear how much of the existing Bleach material the live-action movie will cover and, given that the anime encompasses over 300 episodes and the manga was published across 15 years, there's plenty to work with. The teaser suggests at least some of it will take place in Karakura Town, where both the manga and anime also began.

The Bleach movie is expected to be released in Japan next year. 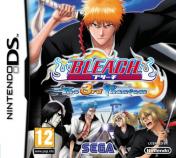