Following a teaser earlier this week, a new trailer WB's Justice League is here, released on the final day of New York Comic-Con. It's an action-packed, all-star affair featuring DC's most iconic heroes, check it out above.

The latest trailer revolves around living in a world without Superman, and the reason Batman, Wonder Woman, Aquaman, Flash, and Cyborg have to join forces: they're up against an enemy too powerful for any of them to take on alone.

This trailer is also the first time we've seen Henry Cavill as Superman in the movie's marketing. It's not quite the appearance of Superman in the way you expect, however. Lois Lane (Amy Adams) has a dream about her engagement to Clark before he died in Man of Steel.

DC also previously shared a poster for the movie, following the release of a series of colorful images focusing on each member of the Justice League.

Originally, Justice League was directed by Zack Snyder, who also helmed Dawn of Justice and Man of Steel before that. However, he had to step away from the film after a personal tragedy, with The Avengers director Joss Whedon taking over the project.

Justice League stars Ben Affleck as Batman, Gal Gadot as Wonder Woman, Jason Momoa as Aquaman, Ezra Miller as Flash, and Ray Fisher as Cyborg. Justice League hits theaters on November 17. Aquaman is getting his own solo film in December 2018, and the Flash's 2020 movie will be called Flashpoint. 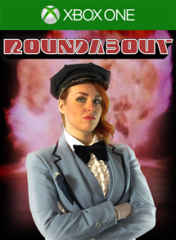