Battalion 1944 is what happens when someone decides to bring back a classic, and knows exactly how to do it.

The shooter genre on PC is having a bit of a mini-renaissance of its own. PC players are getting one interesting shooter after another. From tactical hits like Siege, and PUBG, to 90s-themed skill-based releases like Quake Champions, and LawBreakers, the scene never looked so alive.

There's one segment, though, that's been seemingly forgotten: the specific type of experience classic Call of Duty games offered on PC. Having played Battalion 1944, I can safely say there's now a modern game to fill that niche.

Battalion 1944 is a game of two halves. The first is a sleek, modern wrapper that manifests itself in decent visuals, a clean UI, and a highly customisable options menu. The first screen you see in Battalion has a party option similar to Rainbow Six Siege's. Matchmaking takes care of everything and gets you into a game in a couple of clicks.

In-game elements like the HUD, and minimap are all easy to read and on the level of what we expect from today's shooters. But then there's the other half.

Without playing Battalion 1944, you may never realise that it's anything but a modern shooter. For anyone unfamiliar with PC Call of Duty 2/Call of Duty 4 Promod, or the PC shooter scene at the time, a lot of what Battalion 1944 offers may not immediately register. For those who remember those days well, however, it's going to feel uncannily familiar.

You only need to see players running around small maps strafe jumping, drop/jump-shotting, and quick-scoping to understand exactly what Battalion is. These are all things those who played PC shooters at the time will know very well. You may find this surprising, but something like Call of Duty: WW2 – and modern Call of Duty games in general – are noticeably slower paced than their older iterations. Classic Call of Duty games were twitch shooters first and foremost, rewarding aim skill and map knowledge over everything else.

When Call of Duty 4 introduced killstreaks and perks, the community created Promod to remove many of these additions and bring it back to basics. You can still find CoD 4 Promod servers to this day, but those days were pretty much the final days of that era. Modern Warfare 2 and every other subsequent game in the series were designed for controllers and adapted to PC.

There's nothing wrong with that, obviously, but it just wasn't the type of experience these players have come to appreciate.

I wasn't really sure what to expect going in. Battalion 1944 has been described by developer Bulkhead Interactive as an “old-school shooter”, but that term gets thrown around too often these days and it means different things for different people.

My first few minutes with the game were sobering. It took me a little bit to see past its modern looks. This is an unforgiving game where anything goes. As soon as I got into a rhythm, I started playing Battalion in a way I haven't played a shooter like in years, very much since the golden days of classic CoDs.

Battalion doesn't hide these inspirations, it revels in them. Although this is very much a Call of Duty 2 spiritual successor, playing it felt incredibly refreshing. It's replicating 13-year-old mechanics, sure, but sometimes bringing back a lost style is all you need to get people excited about it all over again.

Battalion 1944 replicates this type of fast-paced combat incredibly well. You die in very few shots from automatic weapons, or one shot from bolt action rifles and shotguns. Pulling off a flank and single-tapping one opponent after another just doesn't happen in modern games. It was exhilarating and satisfying. It felt like the game isn't holding back.

If you land all your shots, you'll get the kill. It may not seem fair for the player who just got instantly dropped, but it'll make you feel great. You'll trade places with them not too long after that, anyway, and the cycle will repeat.

This design philosophy is reinforced by the map design. Battalion 1944 maps function more like arenas than authentic recreations of WW2 battles. Lines of sight are clear, and there are plenty of alternate and flanking routes. It's not perfect, and I did get spawn-trapped a few times, but I have no doubt this will be improved with time.

Before a round starts, you get to choose between seven pre-made loadouts. You won't have to worry about extensive class customisation or kill streak loadouts. The choices revolve mainly around the weapon each one includes, and you can always jump in with only a pistol for maximum trolling. Your other equipment, like lethal/tactical grenades, often complement the main weapon.

In playing it, I realised how much of the screen clutter in modern shooters it strips out. Medal popups, screen shake, and the constant stream of points modern Call of Duty games have are nowhere to be found here.

The game's visuals compliment the same design mantra. Graphics are subdued, making it easier to spot enemies. The backdrops look acceptable, but they won't be winning any graphics awards. All of this is in service of removing the unnecessary and keeping fights about player skill. You can get a feel for how it controls in the test range, but nothing will hold your hand in the match.

If this is the type of experience you've been missing, you'll find it in spades in Battalion. It was heartening to see teammates exchange older usernames and Promod clan tags in chat. All that was missing really were those coloured usernames.

It made me realise that the people who adored these classic shooters are now old enough to make their own spiritual successors. But it also helped illustrate how long ago that was, and that while I am happy to still be able to enjoy this type of game in 2018, it won't be something I return to regularly. I suspect many others will feel the same way after the nostalgia wears off.

The recent resurgence of WW2 shooters brought us great games such as Day of Infamy, and not-so-solid ones like Days of War. A few more are still in development like the tactical-leaning Post Scriptum, Hell Let Loose and so on. None of these games can claim to offer what Battalion 1944 does, and that's great for its makers as well as players.

I also feel positive about the future of Battalion because of Bulkhead's attitude as a developer. The studio recently dropped the game's price to a very reasonable $15. Bulkhead knows it's creating a shooter with a high skill-ceiling, and it's making it easy for those curious to jump in and not feel burned.

The current build is more than good enough for Steam Early Access, my only real gripe would be the lack of a server browser, which the developer said will come in due course.

A game like Battalion 1944 is going to undoubtedly alienate legions of FPS fans the moment they know what it's trying to do. And consider this: the generation that grew up with classic PC Call of Dutys is much older today. Many may have moved on from that type of game, but none of that is a knock against Battalion.

A small, dedicated community is all Battalion 1944 needs to stay relevant. It's not going to be butting heads with Steam's top five, but it'll always be there for those looking to relive the golden days of classic Call of Duty games on PC. 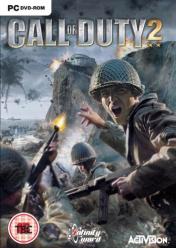