Mystic Messenger's Another Story mode makes serious demands on you, but with our chat times schedule you won't need to miss sleep or spend big on HG to succeed.

Now that there are two love interests in Another Story (and they're both hot mess emotional disasters) you'll have to play it very canny to ensure you end up on the route you want, with the ending you want.

Both character routes in Another Story are more demanding than the other modes and characters in Mystic Messenger. There are far more important chats at unreasonable hours of the day and night, and it costs a whopping 15 HG to unlock missed chats. You'll definitely want to know which ones are worth it unless you have a billion dollars to spend on virtual currency. Below you'll find the chat times schedule for Another Story along with an indication of how many V and Ray hearts are available in each. We've also highlighted email opportunities; although there are a few once you get onto the character route, you'll need 16 or more for the ultimate Good Ending, so you'll want to pick up every guest you can.

You'll find plenty of other resources on our Mystic Messenger guide hub to help you through if you're looking for a bit more handholding. And who isn't? This is a very romantic game. There's a story branch at this point. If you have successfully won V or Ray's heart, you'll move onto their respective route. if not – well, it's always nice to collect another Bad End, isn't it? 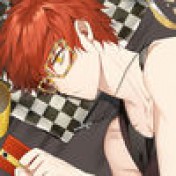