The Division 2 will have an open beta, apparently. The Division's official Twitter account made a casual reference to an "Open Beta" when talking to a fan about rewards.

Players can earn the Capitol Hill Arm Patch for completing the Invaded mission in the previous, pre-order exclusive Private beta, or the upcoming and unannounced Open Beta, the tweet said. Players who simply participate in either beta will earn the DC Patriot Weapon Skin.

There are 2 rewards available for playing the Beta:

Headlines about an open beta for The Division 2 made the rounds today after a community developer mentioned an "open beta" during a livestream.

As mentioned, you had to pre-order The Division 2 to get access to the Private beta that ran earlier this month. The open beta will presumably be ... open for everyone to play. It's not clear at this stage if the content will differ from the Private beta to the Open beta, but keep checking back with GameSpot for more.

The Division 2 launches on March 15 for PlayStation 4, Xbox One, and PC. For more, check out all of GameSpot's written and video content for the game here. 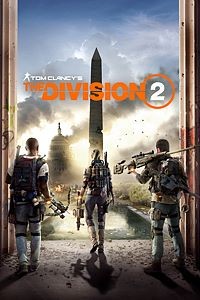