If you've been considering picking up an Xbox One X but wanted to wait for a discount, now might be a good time to do so. The online retailer Newegg is offering a 1TB Xbox One X bundle that includes a digital copy of Fallout 76 for just $350 now until Thursday. It also comes with a free one-month subscription to Xbox Live Gold (which is required to play Fallout 76) and Xbox Game Pass.

The Xbox One X is the most powerful console to date that enhances many of the platform's games with visual upgrades including 4K and HDR support. Even those without 4K displays will get some benefit from the console's power with supersampling which helps render a crisper image. With one month of Game Pass for free, you can download and jump into any of the games in its vast library, including first-party titles on launch day--note that Crackdown 3 is out this week.

As for Fallout 76, it may not be the best game for 2018, but it's free in an already-discounted bundle. It's the multiplayer spin-off of the storied post-apocalyptic RPG franchise that puts you in West Virginia to find out what happened years before the mainline games. If you plan on jumping into the game after picking up the bundle, check out guide of things you need to know before playing Fallout 76. 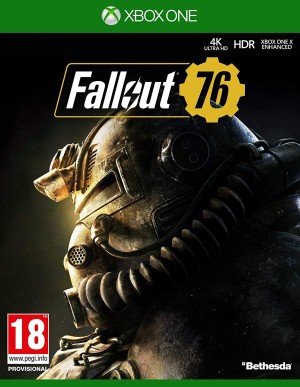