Ashen, the Souls-inspired action RPG from A44, and Annapurna, has officially launched.

Developer A44 always said Ashen would release in 2018, but with so few days left in the year, fans had lost hope – but no more. The game launched at midnight on Xbox One, where it's also available through Xbox Game Pass.

The PC version, however, isn't available on Steam as we assumed. Ashen's Steam page remains inactive, and the game has instead launched on the Epic Games Store.

Ashen is one of few games that went live first on Epic's store, and the developer has not revealed whether a Steam release will follow sooner or later. The game is available for $40 on either platform.

Ashen features a unique multiplayer mechanic that lets players act as NPCs for others, guiding them through quests. Inspired by Journey, the feature can be limited to friends, or turned off completely for a purely offline experience.

Catch the launch trailer below.

The post Souls-like RPG Ashen gets stealth release on Xbox One and Epic Games Store appeared first on VG247. 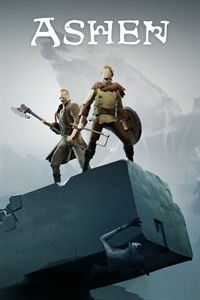