Civilization VI told a straightforward story of the consequences of your actions. Fail to keep your people happy and they would put down their hammers and raise pitchforks. Be rude to the other leaders and they would soon refuse to deal with you. Beyond that, however, you could go about building your empire mostly unconcerned with any repercussions to your decisions. Last year's Rise and Fall expansion added some complexity to the tale with the introduction of its Loyalty mechanic. Operating in isolation was no longer possible. Settlements on the fringes of an empire could, if they liked what they saw across the border, decide to rebel. Players who took their citizens' loyalty for granted would find themselves leading no one.

This kind of accountability is extended in multiple directions with Gathering Storm, the second major expansion for Civ VI. Through the institution of a World Congress, Gathering Storm lets leaders reward and punish each other for certain actions, allow them to pass sweeping resolutions that affect every civilization, and ultimately secure their diplomatic favor. And with its new World Climate system, Gathering Storm makes you accountable to the world itself by hitting you--sometimes painfully hard--with the calamitous consequences of exploiting the map's rich resources.

Your path to victory in Civ VI was predictable once you'd established the foundation of your empire by the Modern Era, but the new World Congress and World Climate systems add enough dynamism to keep you working right up to the new Future Era. Gathering Storm encourages you to “play the map," taking advantage of the surrounding resources, and then adapt the repercussions of your decisions reflected on that map. As an expansion focused on consequences, however, it can take some time for the new stuff to make its presence felt.

The World Climate system is the most meaningful change, but it doesn't really kick in until you've started extracting strategic resources like coal and oil. Early on you'll encounter floods, hurricanes, blizzards, and endure the odd drought or volcanic eruption. These weather events pass in a couple of turns, potentially reducing your population, injuring units and pillaging improvements, but they can also fertilize tiles to reward you with greater yields in future.

But weather is not climate. Once you start burning coal and oil to fuel both the power plants in your industrial districts and the battleships and tanks that comprise your military force, you start pumping carbon dioxide into the atmosphere. As those emissions rise, tallied by the new World Climate report that tracks the cumulative contributions of each civ and resource, the world will progress through up to seven phases of climate change. Sea levels will rise, at first flooding coastal tiles and eventually leaving many of them completely underwater. Weather events will increase in both frequency and severity, simultaneously desiccating your farmlands through drought and ravaging your cities with tornadoes.

The choices you're forced to make here are difficult and meaningful. Resources like coal and oil are powerful and refusing to exploit them will cede an immediate advantage to any rival. Through the Industrial and Modern Eras they fuel the most effective units in your navy and army. Do you really want to rely on defending your homeland with frigates while the enemy has ironclads? Further, consumable fuel resources are the first ways you're able to power your cities. A concept debuting in Gathering Storm, powering a city--say, via a coal power plant--boosts the yields of various districts and buildings. Can you really afford to let your research labs and stock exchanges sit idle while your coal-guzzling neighbor is sprinting ahead in the science race?

Later you're able to develop methods of harvesting renewable energy resources such as wind and solar farms, but by the time you're able to deploy them, you may find yourself lagging too far behind a less eco-friendly rival or, worse, suffering the consequences of irreversible damage to the planet. Helping to mitigate such destruction and preserving the natural environment will slow down the effects of climate change. This forces new, perplexing early game decisions. Chopping down that nearby rainforest will give a quick boost to producing a settler, but leaving it untouched may mean future settlers will live to see a world that still has air to breathe. Before Gathering Storm, this wasn't a choice--you chopped for the short-term gain because there were no long-term consequences. Now, every decision is purposeful. Now, every tile in your empire is asking: "Are you sure you want to do that?"

The World Congress is slightly less successful at providing new and meaningful choices than the World Climate system. What it does, though, is make you far more aware of what other leaders are up to. Once the congress convenes, from the Medieval Era onwards, you'll find yourself voting on various resolutions every 30 turns. You might be asked to vote on boosting or banning certain types of great people, or whether trade routes to particular civs or city-states should receive bonuses. You don't just get one vote; instead, you can spend a new form of currency called Diplomatic Favor to vote as many times as you can afford. Favors can also be traded with other leaders, just like any resource, meaning diplomatic players will need to give away valuable luxuries or strategic resources in order to fully exert their influence on the World Congress.

In theory, these resolutions should enable the diplomatic player to tip the scales in their favor. In practice, though, their effects aren't transformative. You might get an extra trade route here, a slightly slower Great Engineer there, but nothing that feels game-changing. The randomness doesn't help--if you could propose a resolution rather than merely voting on the ones that pop up that would provide a better return on the investment.

More compelling are the choices to be made around actually pursuing the new Diplomatic Victory, awarded to the leader who first reaches 10 Diplomatic Victory points. You're still essentially voting your way to the top, but you're also competing with other leaders to send the most aid to another civ recently devastated by floods, for instance, or to generate the most great people points to win the Nobel Prize. Diplomatic Favor is also earned via alliances with other civs and becoming the suzerain of a city-state, so the Diplomatic Victory is genuinely a case of demonstrating you can lead the world.

These are the two biggest new features in this add-on, but Gathering Storm also includes countless smaller tweaks that in combination with the above make it an essential purchase for Civ VI fans. There are new World Wonders to build, such as the Great Bath or the University Sankore. There are new Natural Wonders, new military units to fill in the gaps between eras, and nine new leaders, including the series' first-ever dual-nationality leader (Eleanor of Aquitaine can represent either England or France).

Thoughtfully, the new leaders are balanced between those that are clearly geared towards Gathering Storm's prominent additions--Kristina of Sweden is all about winning diplomatic favor while the unique abilities of Kupe, the Maori leader, incentivize leaving untouched as much of the natural world as possible--and those who embrace some previously overlooked facet of the game. In the latter camp, Matthias Corvinus heads a Hungarian empire whose military force is best composed of units levied from allied city-states, while in the Inca, lead by Pachacuti, we finally have a civ that wants lots of mountain tiles throughout its lands.

Gathering Storm is overall a great expansion, ushering in two significant new systems that work hand in hand to deepen the experience. The embellished diplomatic options extend the range of interactions with other leaders, allowing you to work cooperatively towards common goals or pull the strings to your advantage behind the scenes. While the introduction of climate change delivers new strategic choices whose consequences resonate ever-more-loudly as you advance throughout the eras. It isn't simply more Civ, it's a whole new way to play Civ. 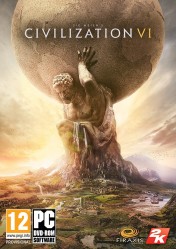