Dragon Age 4 is a thing. It exists. It probably has dragons in it. It's also probably not out for ages.

We got a glimpse of the new title during the Game Awards, along with a hashtag warning us that “the dread wolf rises”, but details are pretty thin. It doesn't even have a name yet. Here's the teaser trailer:

According to a report earlier this week, the new Dragon Age is early in development and didn't even have a name until recently.

The reveal doesn't come as much of a surprise. The game's writers have been talking about their work on the game, albeit cryptically, for a while now. Over a year ago, I spoke to freelance games writer Alexis Kennedy about his writing on Dragon Age 4 and other games.

The post Dragon Age 4 teased at the Game Awards appeared first on VG247. 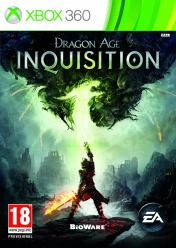